You once wrote a poem dedicated to Einstein. 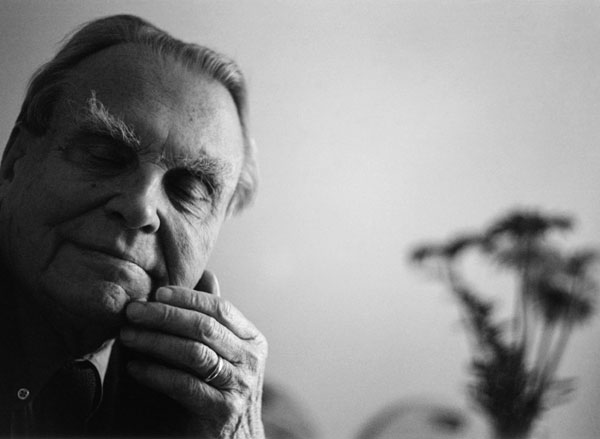 MILOSZ : I knew Einstein. In fact, I worshipped him. My cousin Oscar Milosz believed that his theory of relativity had opened a new era of mankind—an era of harmony, reconciliation between science, religion, and art. The positive consequence of Einstein’s discoveries was the elimination of Newtonian time and space as infinite and the introduction of the relativity of time and space that underlies our cosmology and its concept of the big bang. I approached Einstein with enormous reverence. So I wrote a poem about him. At the time he was convinced that the world was moving toward destruction because of atomic weapons, and that the only solution was to create a world government to control the weapons. In 1948, he wrote a paper in that spirit and sent it to the World Congress for Intellectuals in Wroclaw, Poland. The congress was just a front for Stalin’s armaments policy, and the Russians opposed reading that memo. Around that time I asked Einstein whether I should go back to Poland or stay abroad. He thought I should return and was very frank about it.